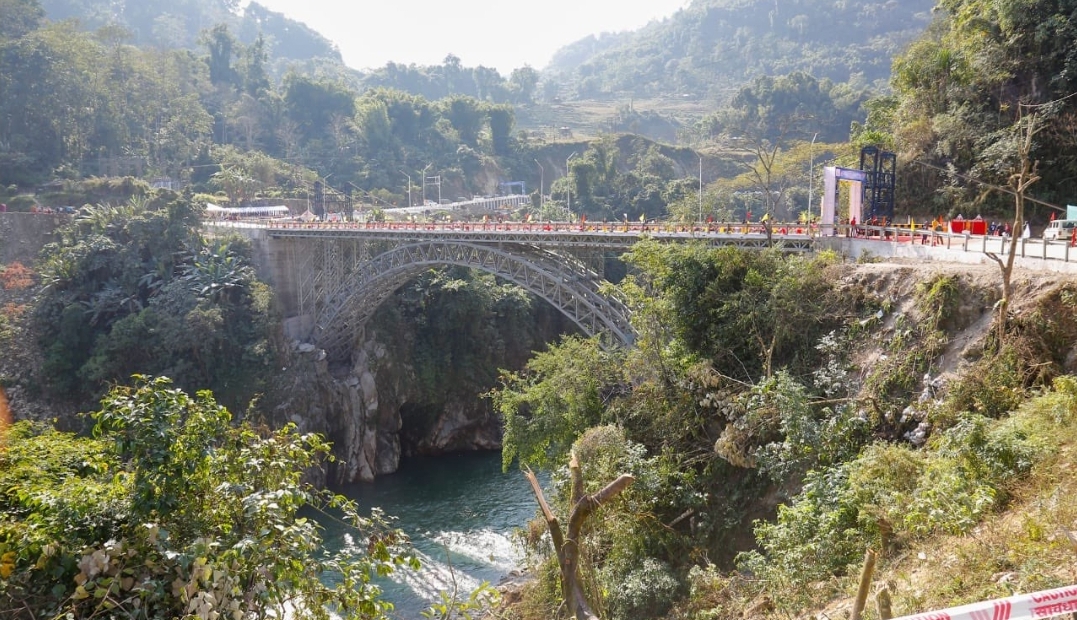 Defence Minister Rajnath Singh dedicated to the nation 28 infrastructure projects of Border Roads Organisation (BRO), worth Rs 724 crore, during an event organized today at Siyom Bridge on Along-Yingkiong Road in Arunachal Pradesh.The projects consist of 22 bridges,including Siyom bridge; three roads and three other projects in seven border States/Union Territories of Northern & North-Eastern regions. Eight of these projects are in Ladakh; five in Arunachal Pradesh; four in Jammu & Kashmir; three each in Sikkim, Punjab & Uttarakhand and two in Rajasthan. In addition,three telemedicine nodes – two in Ladakh & one in Mizoram – were inaugurated.He described the projects as a testament to the concerted efforts of the Government and the BRO towards the development of border areas in order to enhance the operational preparedness of the Armed Forces and ensure socio-economic development of the far-flung regions.

He asserted that it is the top priority of the Government, led by the PM, to connect the border areas and ensure the development of its residents.He ensures that the Nation is protected from all threats. Their Armed Forces are ready and it is heartening to see that the BRO is walking shoulder-to-shoulder with them.