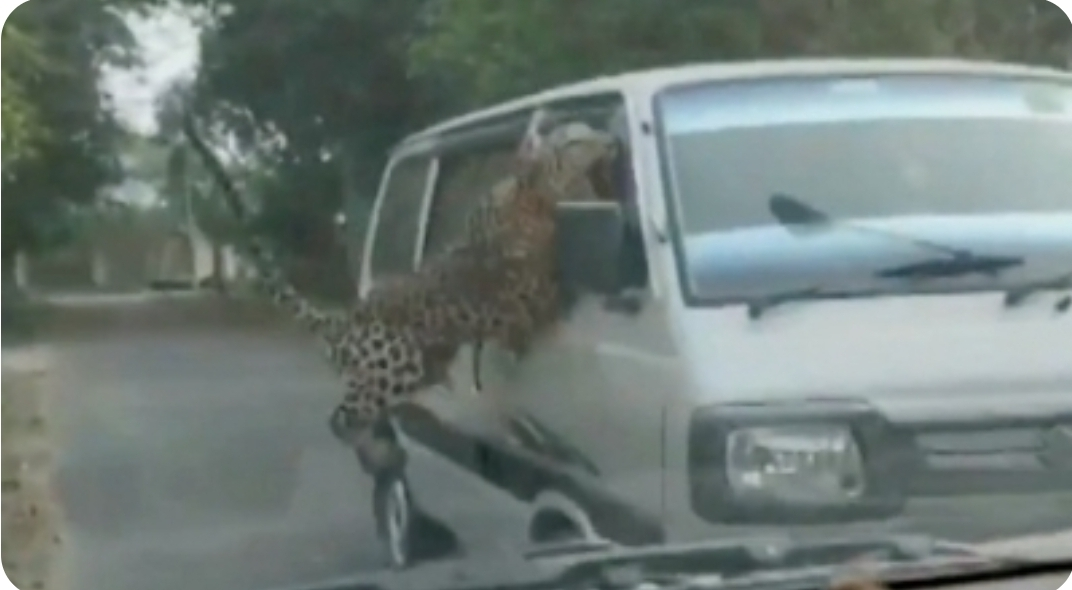 A leopard that attacked and wounded thirteen people, including three forest staff in the Jorhat district of Assam was finally tranquilized and captured by the forest department on Tuesday, the 27th of December, 2022. The incident took place around the Rain Forest Research Institute (ICFRE), located at Chenijan in Jorhat. Earlier today, several videos of the large cat jumping over barbed wires and attacking a van with people insode went viral on social media.

According to forest officials, the leopard came out of the forest and started attacking forest officials and the residents of the Rain Forest Research Institute (RFRI) without any provocation. Jorhat Superintendent of Police (SP), Mohan Lal Meena informed that all the injured people were admitted to a local hospital immediately and their conditions are stable.Iqbal Ahmed, the forest ranger of Jorhat Forest Range, said that they immediately rushed to the spot to capture the beast upon receiving information about the leopard attacking people and creating a ruckus on the institute campus.

After a long search campaign, they finally succeeded in restraining the leopard at around 9:30 am today. The leopard has reportedly been shifted to the Kaziranga National Park. The forest officials are assuming that the leopard might come down from the Hollongapar Gibbon Sanctuary. However, the original location of the stray leopard is still unknown. Jorhat SP Meena said that officials are suspecting that the leopard might have been staying at a dense bamboo forest located inside the Rain Forest Resarch Institute for some time. He also assured that the forest department is vigilantly monitoring the Institute campus.