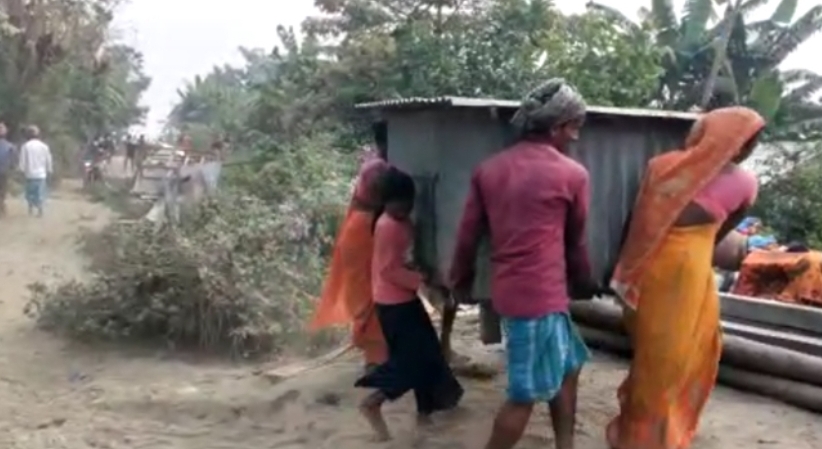 The Barpeta district administration issued a public notice to the residents of the area a week in advance. Sunbar Chutia, Circle Officer of the Baghbar sub-division said that the entire eviction drive was conducted peacefully. He also reported that around 45 families illegally residing in the encroached government lands were evicted, and the lands reclaimed will be utilised by the government as per need.

Meanwhile, the police also detained the suspended Congress MLA Sherman Ali for allegedly obstructing the progress of the drive. According to reports of the police personnel, Ali had organized a protest at the eviction site, demanding a written commitment from the authorities for the rehabilitation of the evicted people. He was detained by the police after he refused to comply with the administration‘s orders to cease demonstrations at the site.

The Chief Minister of Assam, Dr. Himanta Biswa Sarma on the 21st of December 2022 said that eviction drives to clear government and forest land in the State illegally occupied by intruders will continue, as long as BJP is in power in the state of Assam. He made the statement while speaking on the subject of the Nagaon eviction drive during a Zero hour discussion at the winter session of the Assam Assembly .