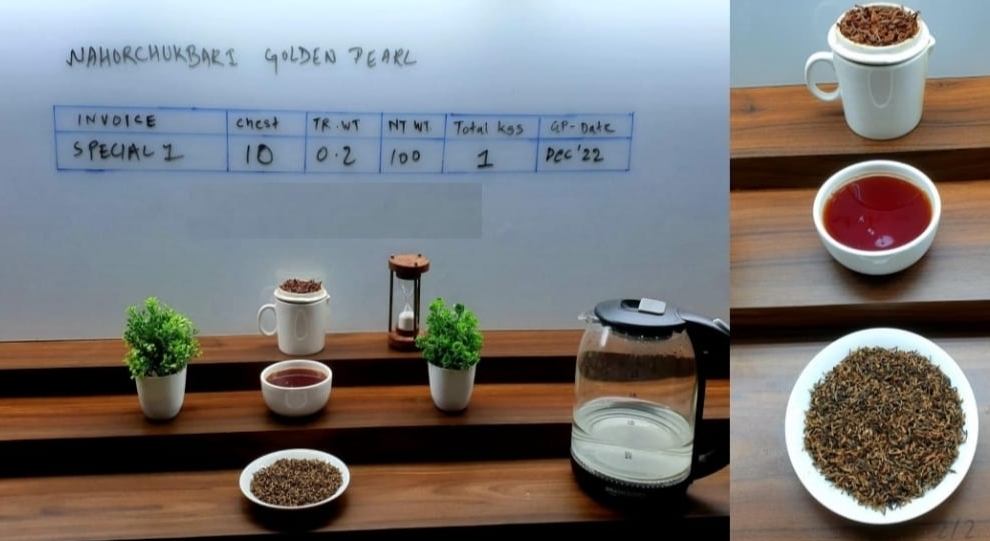 The Nahorchukbari Golden Pearl Tea of AFT Techno Trade, Dibrugarh broke all previous records, as it got sold for ₹1.50 lakhs/kg to Hindustan Tea Exporters in Kolkata Tea Auction held on the 24th of December, 2022. This rare variety of tea, grown in the ‘Tea City of India’, Dibrugarh has a distinctive golden metallic color and leaves a floral aftertaste in the mouth, making it one of the most desirable tea varieties worldwide. It is also known for its anti-aging properties and other health benefits.

This comes just a few days after another extremely valuable and rare variety of tea of Dibrugarh, Assam:- The Manohari Gold Tea, fetched a grand sum of ₹ 1.15 lakhs per kg at a private auction on Saturday, the 17th of December 2022. This special variety of Tea is prepared from the tender shoots of the second flush and is produced only once a year. It was sold through the Kolkata-based private portal ‘Tea Intech’ and was purchased by Hyderabad-based Neelofer Café.

Within a span of just a week, two incredibly prized varieties of tea from the Dibrugarh district of Assam have been auctioned at record-breaking prices, and have garnered both nationwide and international recognition. BJP MP from Assam, Pabitra Margherita appealed to the Government during Zero Hour of the parliamentary session in Rajya Sabha to declare Assam’s tea as the nation’s official beverage.