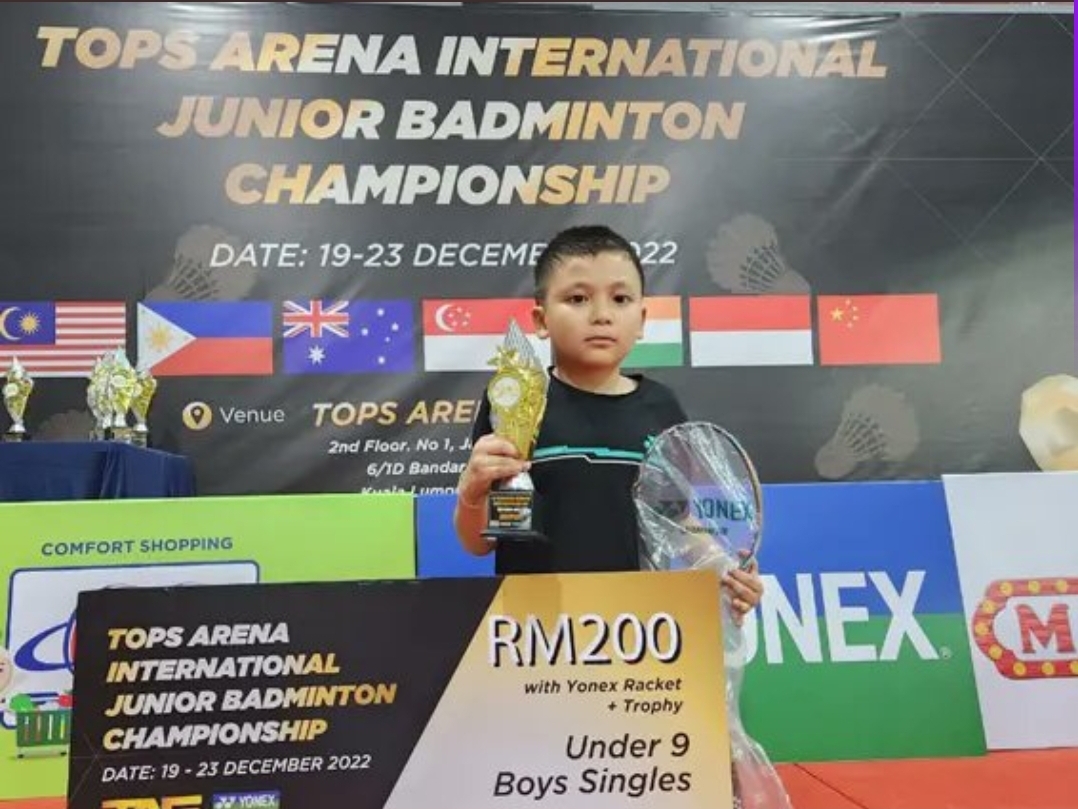 Geto Sora, a rising star in badminton, once again brought honour to Arunachal Pradesh by winning the below-nine-year-old division of the Top Arena Junior International Badminton Championship on Friday in Malaysia.Jaryl Teh, the second seed from Malaysia, was defeated by him in straight sets of 21-5 and 21-16 to win the championship.

In the last two months, Sora has won two international badminton championships.The international BTY-Yonex-Singha Championship, which was held in the Banthongyord Badminton School in Bangkok, Thailand, in November, was won by 7-year-old Sora.

Bamang Tago, the secretary-general of the Arunachal State Badminton Association, praised Sora for the accomplishment.A young state shuttler has accomplished a tremendous deal. Like Sora, there are many other brilliant players from Arunachal who can excel on a global level. The government and parents’ support is urgently needed, according to Tago