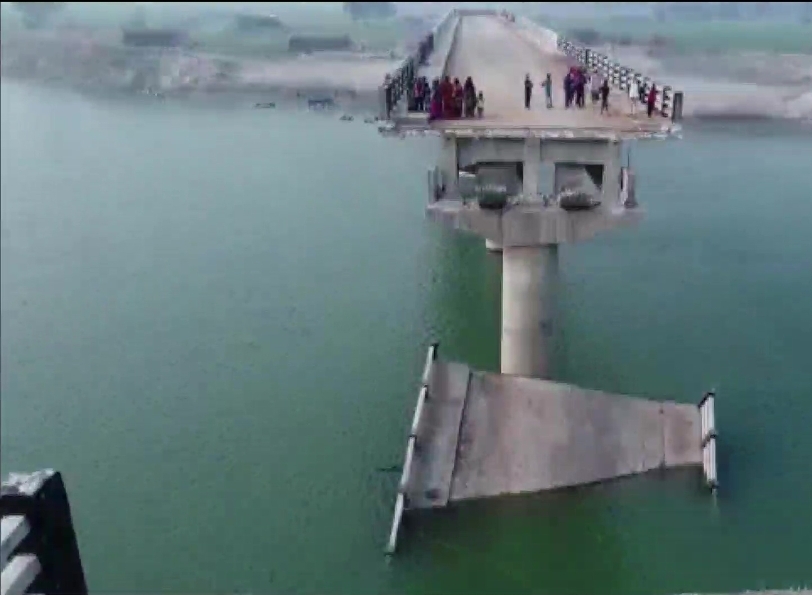 On Sunday morning a bridge of 206 meter long constructed over Burhi Gandak collapsed and fell into the river at Begusarai District of Bihar.Only the front part of the bridge i.e between 2nd and 3rd terminal collapsed.The ready to be inauguration bridge was made with a budget of 13 crore.Due to lack of an access of a road,this bridge was not inaugurated after it was completed in 2022.There is no any news of casualties reported because there was no one at the bridge at that time as said by the administration.

The bridge was constructed under the Chief Minister National Bank for Agriculture and Rural Development.Few days before there was another similar case of a suspension bridge collapsing and near about 140 people lost their lives.This incident happened at Machchhu River of Morbi,Gujarat.Its high time of the authorized officials to look after such kind of accidents which is a threat to many peoples lives.