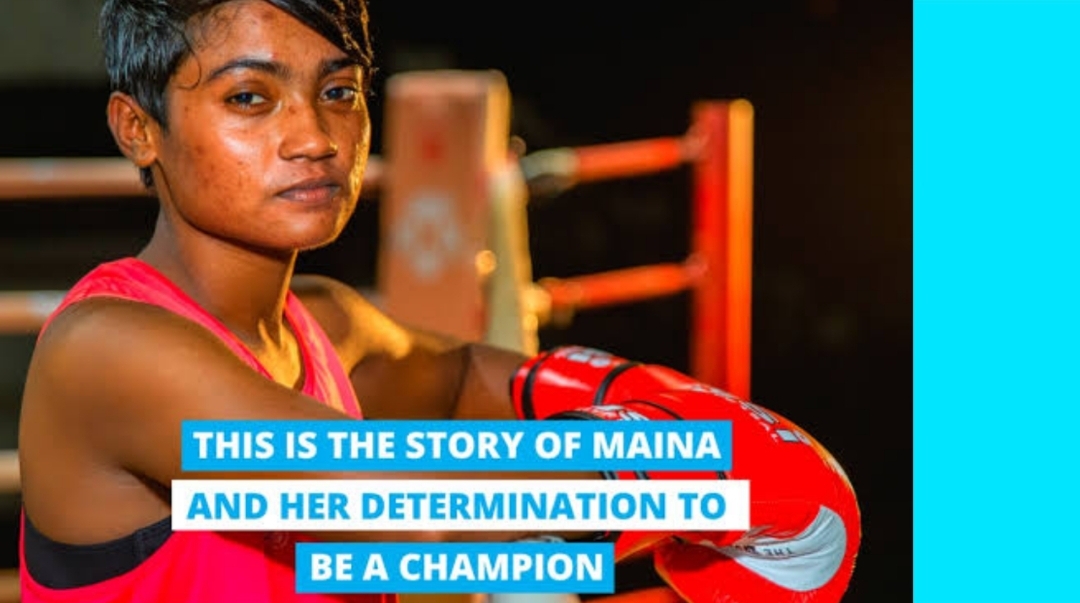 You will be motivated by Maina Munda’s inspirational narrative and her spirit of a champion.She was a young woman from Dibrugarh, Assam, who began her profession in 2013 at the age of 14. She is adamant about becoming a boxer because she wants to challenge social norms about gender and fight against them.

On the occasion of Children’s Day, she was recently featured on UNICEF India’s YouTube channel.Maina’s strongest inspirations were her older sisters, who played judo and cricket and were also athletes. She describes how she received criticism and how she overcame it by refusing to give it back.

A girl is capable of doing anything a boy is.Her major influences were her older sisters, who were both athletes who played judo and cricket. She describes how she received criticism and how, by refusing to respond, she overcame it. A girl can do anything a boy can accomplish.The person that stands by her side in the finest way is her mother. In order to realise her daughters’ aspirations and desires, Maina’s mother has always had her back.

“My mom is a wonderful person. She provides me everything despite being impoverished. To suit my requirements, she even sold her cows.”She wins titles at the district, state, and national levels with her enthusiasm for being a champion. To win an Olympic medal in the near future is her greatest desire.