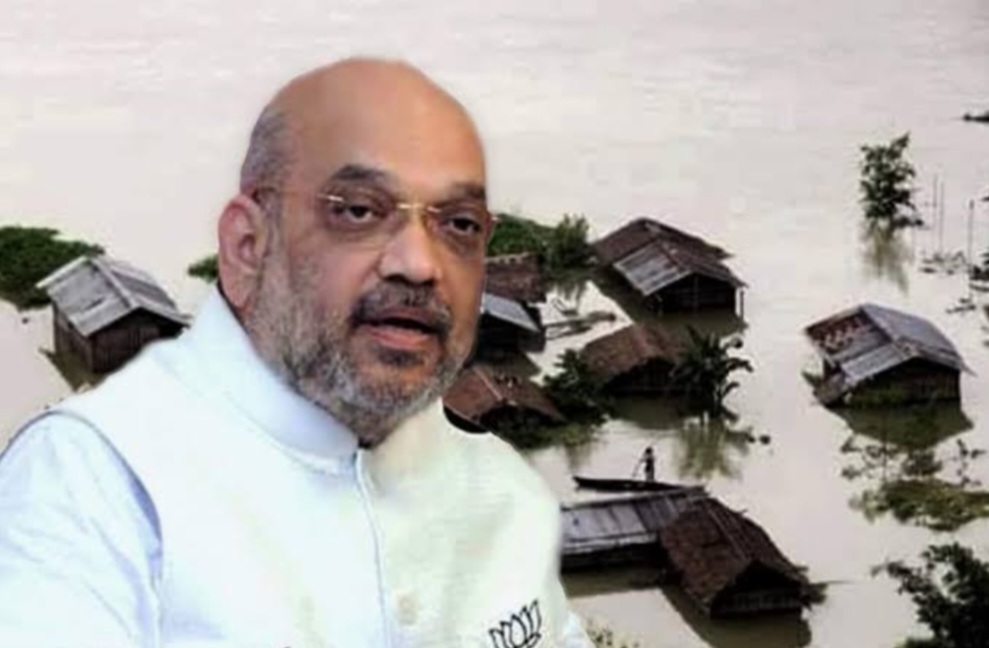 Union Home Minister Amit Shah in a meeting held on Friday asked the Assam government to come up with a long-term plan to protect and rejuvenate the state from the flood.

Assam has been badly affected by floods almost every year. The economy of the state is badly affected due to this disaster.To overcome this situation, Union Minister Amit shah who is also known as the chairman of the North Eastern Council hathe s told the Assam government to take a long term action plan instead of short term.

Amit shah further state that to rejuvenate wetlands in the state, Assam government must take measures to enhance water-holding capacity and which will act as reservoirs during floods