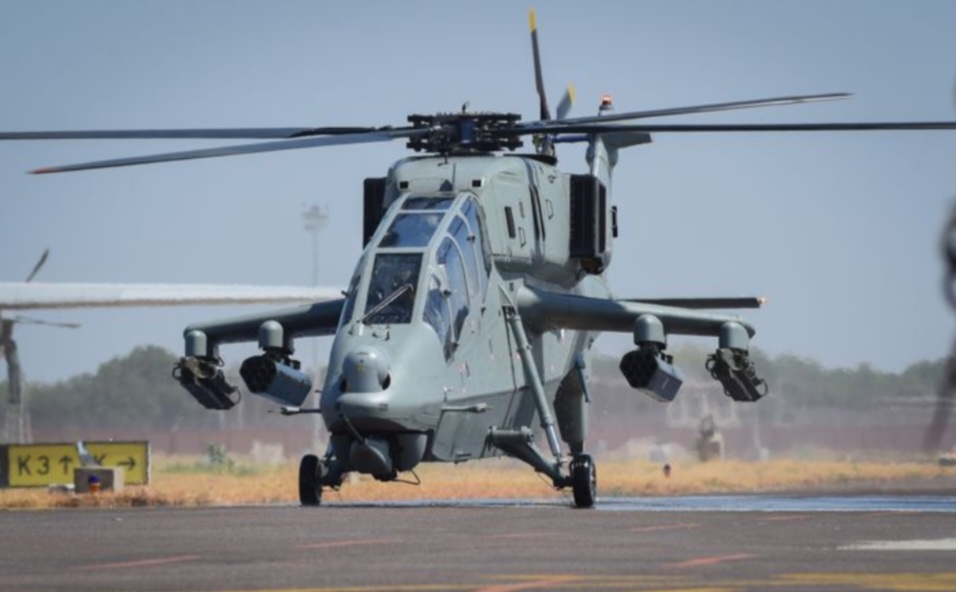 According to defence sources, the Indian Army’s aerial firepower along the Line of Actual Control (LAC) with China will receive an indigenous boost when its first Light Combat Helicopter (LCH) Squadron moves to Missamari in the Eastern sector by the end of October. The LCH is India’s first indigenously designed and developed attack helicopter, as well as the Army’s first dedicated attack helicopter.

“Army Aviation has taken delivery of three LCHs, and the fourth LCH is expected by the last week of October,” a defence source said. “The 351 Army Aviation Squadron will move to Missamari by the end of the month.” “The fifth helicopter is expected to arrive by the end of November.” The Army raised the 351 AA Squadron in Bengaluru on June 1, 2022, and received the first LCH last week. According to the source, the Squadron will be formally operationalized in early November at Missamari in Assam. The shortest aerial distance between LAX and Missamari is approximately 250 kilometres.Earlier this week, the Indian Air Force (IAF) formally inducted four LCHs into 143 Helicopter Unit ‘Dhanush’ at Jodhpur Air Force Station.

Unlike the IAF LCH, the Army LCH will be armed with a 20 mm nose gun, 70 mm rockets, a ‘Helina’ anti-tank guided missile, and a new air-to-air missile. The Army intends to integrate attack helicopters into all pivot formations to provide close anti-armour support.

The Army Aviation has three Brigades in Leh, Missamari, and Jodhpur, and operates approximately 145 indigenous Advanced Light Helicopters (ALH), 75 of which are weaponized Rudra variants, and approximately 190 ageing Cheetah, Chetak, and Cheetal helicopters. Another 25 ALH Mk-IIIs are on order and will be delivered within the next two years.

The LCH is the only attack helicopter in the world that can land and take off at an altitude of 5,000 m (16,400 ft) while carrying a significant load of weapons and fuel, significantly augmenting the Army and IAF’s firepower in high altitude areas.