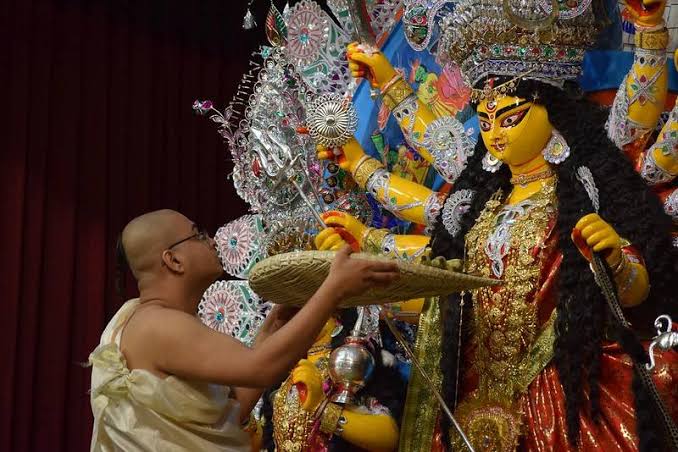 Sashti is the sixth day of Devi Paksha which is the formal beginning of the Durga Puja that is celebrated all over India and specially in West Bengal and in the eastern part of India. This day is basically the welcome of Devi Durga, Lord Shiva and their children to Devi Durga’s paternal home. They are welcomed by performing the ritual ‘boron’, i.e. the arati of them and their arrival for three days in her paternal home.

On this day, the face of Maa Durga is revealed followed by the rituals called Amontron, Bodhon and Adhibash. Dhaak which is the drums are banged too as the signal of the arrival of Maa Durga.

Himalayan mountain, which is the home of their in- laws, takes her 7 days to reach her paternal home. And this is the day when she finally arrives and the happiness of joy begins.