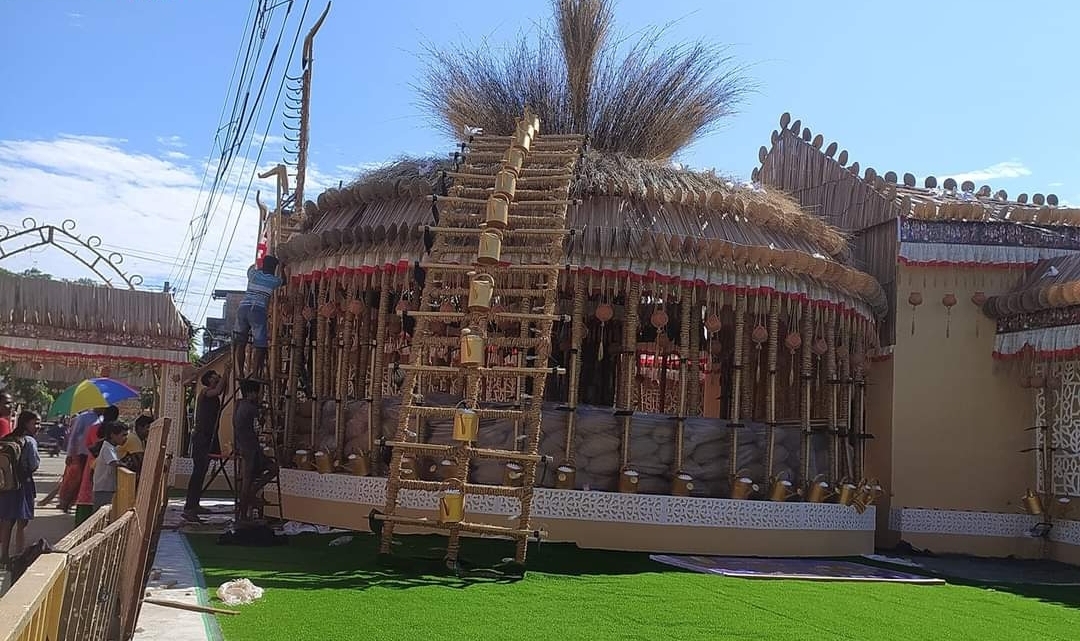 India is a land of different festivals. Every festival has a different story a0nd a different significance. But all festivals are celebrated with utmost excitement and joy, one of which is the arrival of Devi Durga in the eastern part of the country, including the North East region, which is celebrated as Durgostav, which is gearing up at high speed for the festival ,which is also happening in Dibrugarh .

So we bring you another puja committee, which was once awarded as the best puja in North-East India, the Shri Shri Mitra Sangha Puja Committee. This is one of the biggest pujas in town and one of the pujas one should definitely not miss. This year they are celebrating 40 successful years of their puja. The location of the particular puja is exactly near the Jain Mandir, Graham Bazar, Dibrugarh.

The theme of these is a year celebrating “Agriculture”. The traditional occupation of India is agriculture. Agriculture is the backbone of the country. India was called a self-sustaining country when agriculture was the backbone of the country. People residing in rural areas depend mostly on agriculture. It is the prime and primary sector of the Indian economy. In India, the number of people depending on agriculture is the highest. Bamboo, ploughs, wheat, paddy, and other items used on farms for agriculture are to be used in the pandal. COVID, according to them, was tough, but with all the restrictions and all, they performed the Puja , and they are hopeful to celebrate it with a grandeurity.

“Agriculture means sourcing the first step of the food we eat. Food means Anna. We believe Anna is a form of Mata Durga and a way to honour those who work hard to provide us with food.Henceforth, we took the theme. “

A member of the committee said