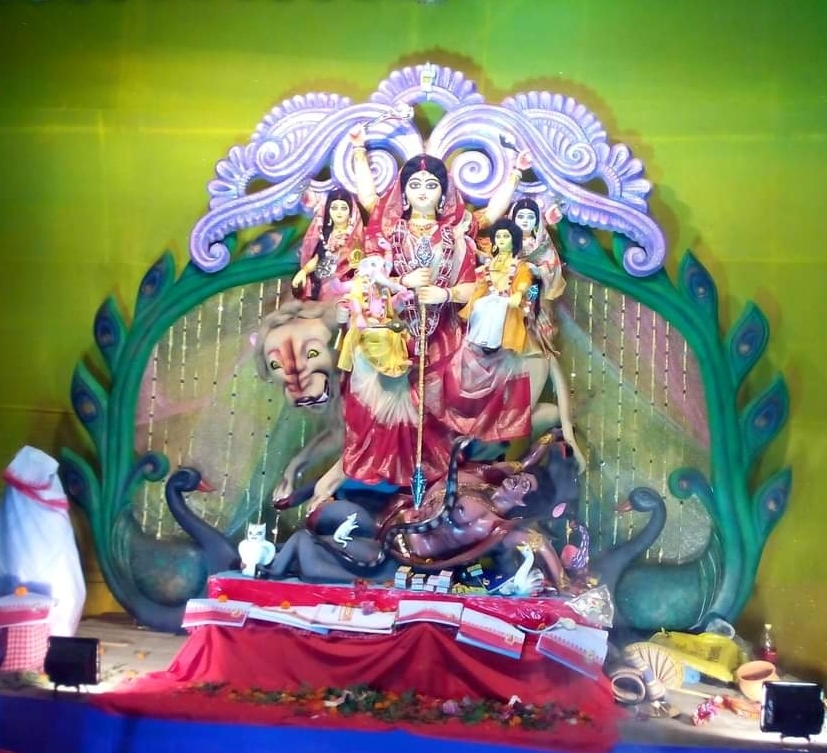 Other names for the Durga Puja Festival are Durgotsava and Sharodotsava. During this season, devotees worship the goddess Durga in nine different forms. In the eastern states of Odisha and West Bengal, Durga Puja acquired popularity during the British era, primarily in the late 19th or early 20th century. According to old records, the 14th century saw the organisation of Durga Puja by wealthy royal families at their homes or communities. To commemorate Maa Durga’s victory over Mahishasura, Durga Puja is observed. According to the mythical Ramayana tale, Lord Rama called upon the strength of Goddess Durga in order to defeat Ravana. The warrior goddess Durga bestows vigour and strength upon those who adore her. Her ten weapons serve a variety of functions and meanings.

And Dibrugah 24×7 celebrates the Durgostav of Dibrugarh with the Dibrugarh Durgotsav Awards 2022.Our next destination in the #JantaJanardhan series was another Dibrugah Puja in Mastarpara.The name of the committee is the Masterpara Durga Puja Committee. Their puja is 65 years old and one of the oldest and most renowned pujas in the town.This year their pandal’s theme will be cricket. All the decorative items will be cricket accessories.The centre of attraction will be their Murti.Talking to us, they said, “

India breathes cricket and bleeds blue, so we finalized this topic because nothing can be better than this. This year we will welcome Maa Durga with the most celebrated game in the country.