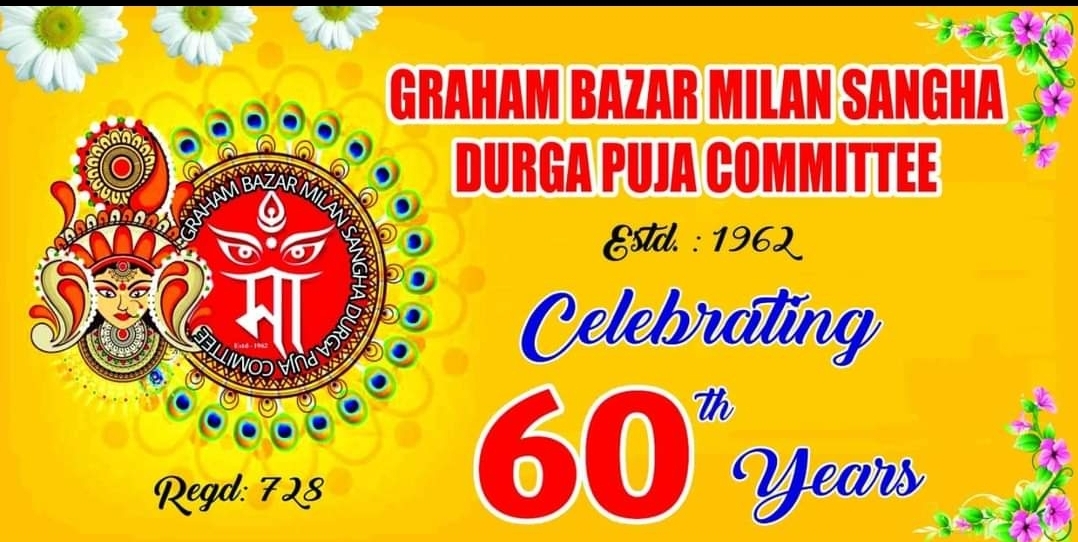 The festival of Durga Puja is observed by those who honour the goddess Durga as a prominent feature. Three to four months prior to the celebration, Durga Puja preparations begin, and we, through our Dibrugarh Durgotsav Awards, are trying to honour the hard-work of all the Pandals of the town as much as we can.

The series #JantaJanardhan took us to another well-known puja in Graham Bazar, the Puja of the Graham Bazar Milan Sangha Puja Committee, i.e., they’ve welcomed Devi Durga for the last sixteen years.Their theme is Mandala. A consecrated place that serves as a container for the gods and a gathering place for cosmic forces, the mandala is essentially an illustration of the universe. It consists of a geometric arrangement of symbols. Mandalas can be used in a variety of spiritual practices to direct practitioners’ and adepts’ attention, provide spiritual direction, create a sacred environment, and induce trance.While designing the interior of our houses, we often throw the leftovers like glass frames, plywood,beats,etc. away, but they reuse them in structuring their pandal. The special attraction of the puja is that they are following the concept of Vocal For Local Products. The entire designing of the pandal is done by the local boys. They haven’t hired anyone to do so.

We usually believe in buying things that are imported, ignoring our own stuff.” The government keeps on telling us to focus on local items, but we are reluctant towards it. So, here, as a responsible citizen, we decided to take this and spread this message via our Puja Pandal.