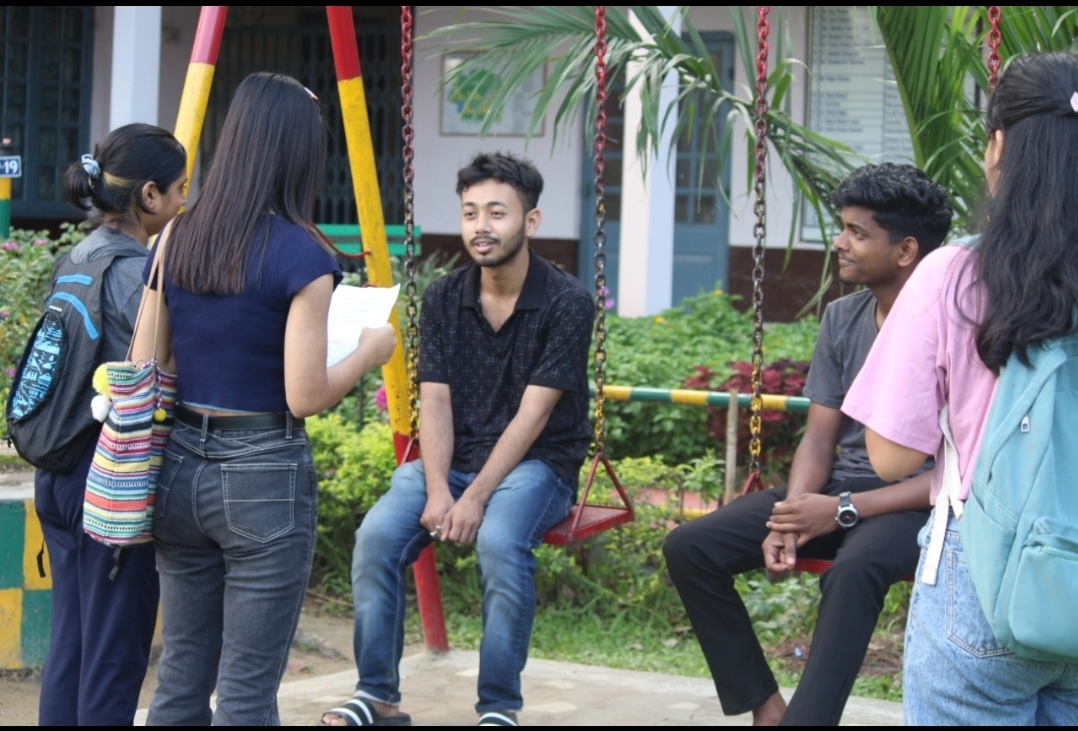 After a one-month long starter campaign on Drug Abuse and Rehabilitation awareness in February this year, the students of Centre for Studies in Journalism & Mass Communication (CSJMC), Dibrugarh University are back with a 45-day long campaign starting 15th May up until 29th June. It is a mixed bag that consists of a social media campaign, social experiment, cinema screening with tea tribe community concluding on a light note with a music gig end of this month.

The initiative named as #HopesUpDrugsDown saw the students start off with the on-ground events on 8th and 9th June with a public survey across six locations starting from New Market, K.C. Gogoi Path and DU Haat followed by a social experiment that was conducted to gauge public reactions around drug abuse and its victimhood that took place across Marwari Patty, Naliapool and concluding at DTP Dyke.

While drugs can put a young person’s health and life in jeopardy, many are not aware of therisks. Even for those who are willing to seek help, face constraints from their family or friendcircles. This campaign is primarily targeted to accelerate and support the ones looking forways to help themselves or someone in need.

The social experiment saw mixed and surprised responses from the crowd. “I have no idea what rehabilitation means,” quickly quipped a surveyee. Another participant mentioned that the existing conditions of rehabilitation can improve and more awareness certainly needs to grow in this sector. The students collected insights across a diverse group of people the findings of which will be shared as part of their social media campaign. Another anticipated event that awaits as part of the campaign is the grassroots engagement initiative via cinema screening to be held this Sunday at the Sealkotee Tea Estate to engage, interact with the local tea tribe community around the issue.

As part of their assignment, the students of the Centre for Studies in Journalism and Mass Communication, Dibrugarh University specialising in Public Relations, have been using their subject of study of communications to bring difficult conversations around social causes to the table within Dibrugarh district.

The month-long campaign strives to offer an open space for respectful conversations around drug abuse and the address the reasons behind the taboo around seeking rehabilitation and aims to occupy a significant place in the public consciousness for the future.