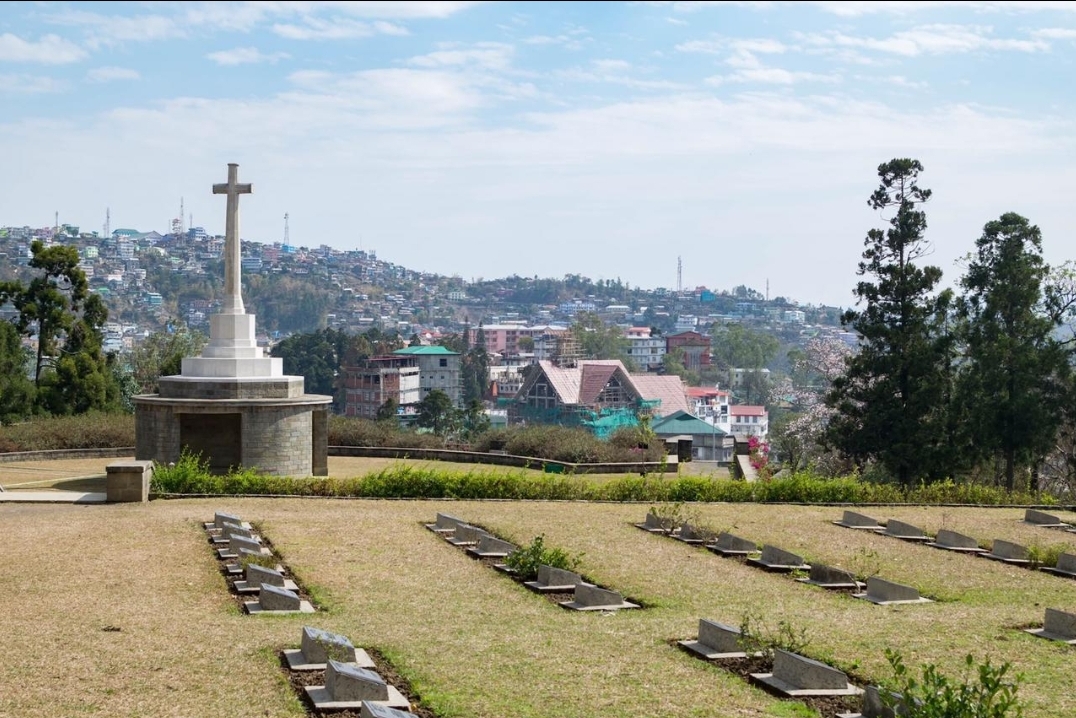 The Kohima War Cemetery in Nagaland has been identified as the world’s only cemetery with a tennis court. The Commonwealth War Graves Commission (CWGC) of the United Kingdom has identified five sites with unusual features. These locations are linked to World War I and World War II.The Cemetery is one of 23,000 World War I graves maintained by the CWGC, an intergovernmental organisation of six member countries that ensures that fighters who died in the wars are remembered forever.It is a memorial to the soldiers of the Allied Forces’ 2nd British Division who died in World War II at Kohima in April 1944. The soldiers were killed on Garrison Hill’s battleground, in the tennis court area of the Deputy Commissioner’s residence.

According to reports, Kohima was instrumental in crossing the highest point of the pass through the jungle mountains into Dimapur.The lawn of this aforementioned house incorporated of a tennis court where the British officers played for recreation.According to the Commonwealth War Graves Commission, which maintains this cemetery and many others around the world, there are 1,420 Commonwealth burials from WWII and one non-war burial.