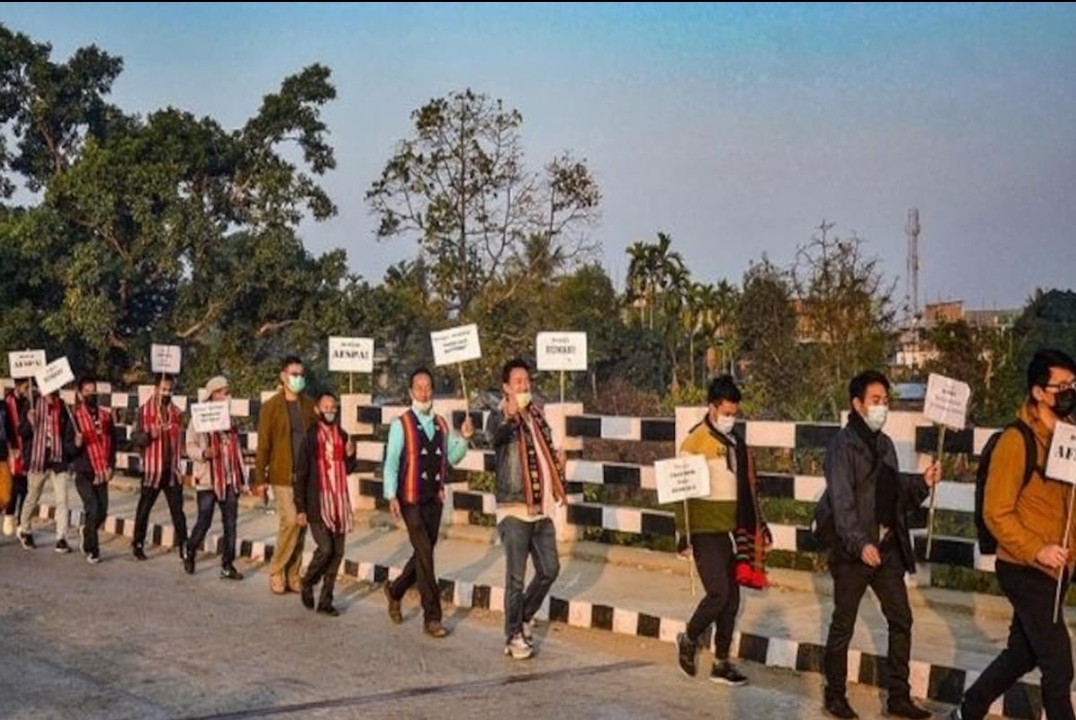 On Monday, hundreds of Nagas from all walks of life marched from Nagaland’s economic center Dimapur to the state capital Kohima, a distance of more than 70 kilometers, demanding the repeal of AFSPA and justice for the 14 civilians slain by security personnel in Mon district.The walkathon, which sprang from social media posts in the aftermath of the Mon killings, was supported by a number of tribal bodies and civil society organizations in the state.

It began in Dimapur’s Super Market area, with volunteers and participants holding banners calling for the repeal of the “draconian” Armed Forces (Special Powers) Act (AFSPA) and justice for the victims.One of the walkathon’s organisers, Rukewezo Wetsah, described it as a peaceful, quiet, and democratic way to express people’s dissatisfaction with AFSPA and reaffirm “our dignity as human beings.”In addition, the participants conducted a minute of silence in memory of the victims of the Mon event. Rev Dr Ellen Konyak, a member of the Forum for Naga Reconciliation, led prayers before the walkathon began.

The marchers will spend the night in Piphema, halfway to Kohima, before resuming their march to the state capital on Tuesday morning. They planned to send a memorandum to the Centre via Governor Jagdish Mukhi. The victims’ tribe’s apex authority, the Konyak Union, had requested that justice be served by January 10.