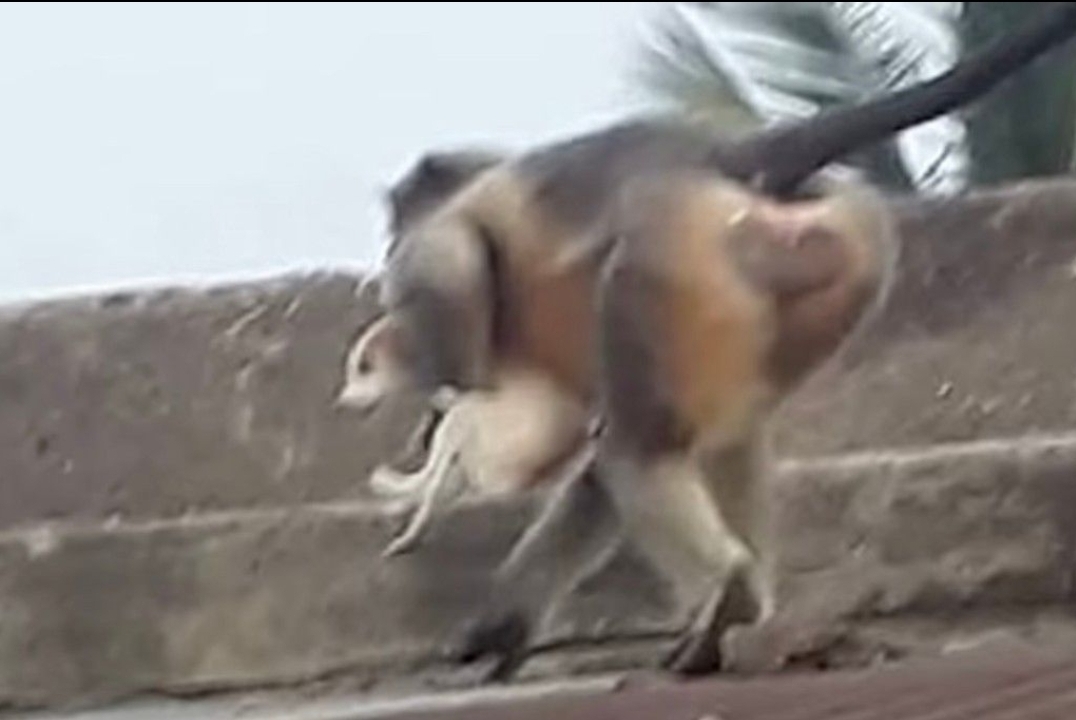 Over the last three months, a group of monkeys has allegedly killed over 80 puppies by throwing them from great heights in a shocking incident reported from Maharashtra. According to a report, the incident occurred in Lavool village in Majalgaon, Maharashtra’s Beed district.

Reportedly, the ‘cycle of revenge’ began after a few stray dogs killed an infant monkey in the area. Monkeys have been picking up puppies and throwing them off the top of trees and buildings ever since.The village has a population of around 5,000 people, but not a single puppy remains. The residents of the village informed the forest department of the incident and requested that the monkeys in the area be captured. The villagers have also attempted to save the puppies, but the monkeys have attacked them in retaliation, injuring some locals in the process.

The monkeys have reportedly also begun to prey on school-going children. Meanwhile, two monkeys involved in the killing of puppies were reportedly apprehended on Saturday by a Nagpur Forest Department team (December 18).