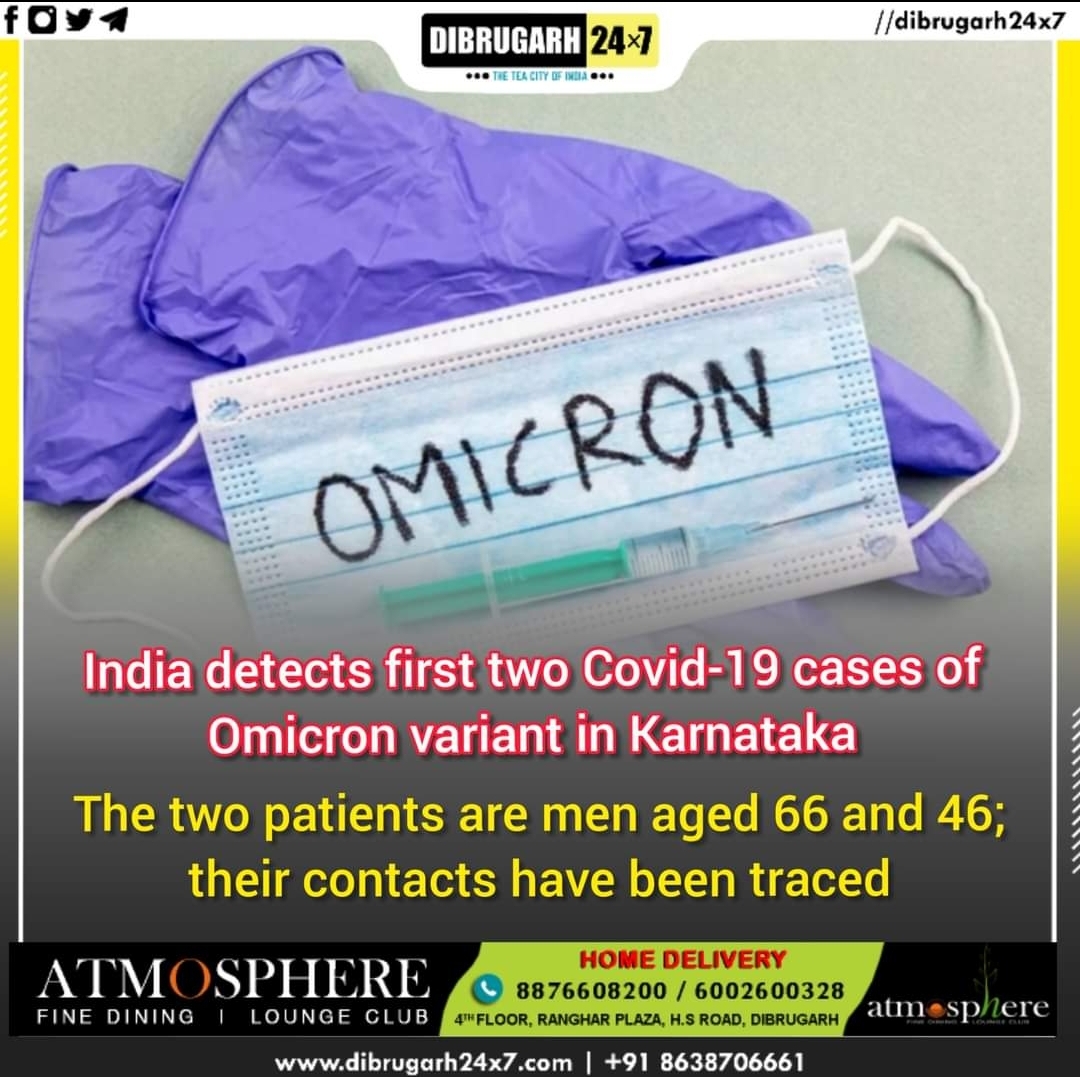 The Health Ministry confirmed the first cases of Omicron variant in India in two people in Karnataka on Thursday, making India the 30th country in the world to report the coronavirus strain that has sparked global concern. Both cases have been reported in Karnataka, with the patients being two men aged 66 and 46, according to the Health Ministry’s Joint Secretary Lav Agarwal, who added that their identities will not be revealed for the time being to protect their privacy.

According to sources, the 66-year-old is a foreigner with a history of travel to South Africa, while the 46-year-old is a Bengaluru health worker. Seven days after his positive test results, the first patient left India.All people who had contact with the two men have been tracked down and are being tested, he said, adding that both cases are minor and no severe symptoms have been reported so far. It is the most recent coronavirus strain to emerge since the outbreak began, joining the currently dominant Delta variant, which was discovered in India in October 2020.

In this article:India, Omicron, Virus