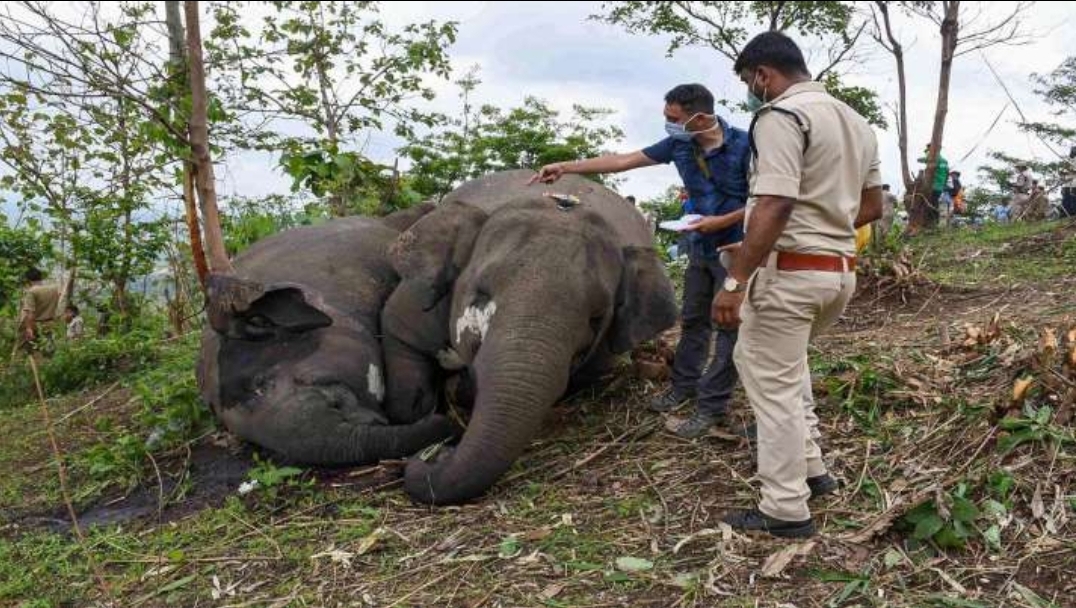 In a train mishap in Assam, two elephants, including a calf, lost their lives after colliding sideways with the engine of the Dibrugarh-bound Rajdhani Express at around 10 P.M. on Tuesday, very close to Jagiroad.

As per sources, the speed and movement of the train were not hampered, but the unfortunate impact resulted in the death of the two jumbos, after having been thrown off the track and on the ground below.

“The wild elephants regularly come to this area from nearby hills by crossing National Highway 37 in search of food. A herd of elephants came to the area last night, but two elephants died after a speeding passenger train dashed them while they tried to cross the railway track,”

according to a local resident.