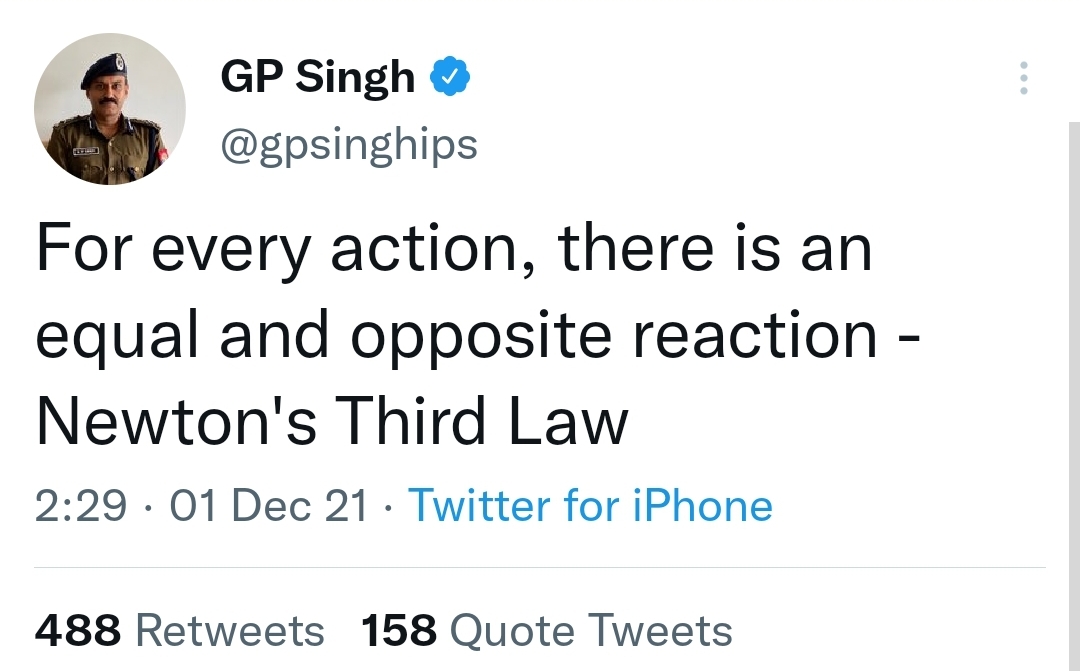 In a breaking development, the prime accused of the horrendous Jorhat mob attack, Niraj Das alias ‘Kolalora’, was killed on Wednesday night. The Special DGP of Assam Police (Law and Order), GP Singh quoted Newton’s third law of motion in regards to this development. He tweeted, “For every action, there is an equal and opposite reaction – Newton’s Third Law.”

Singh was earlier directed by Assam Chief Minister Himanta Biswa Sarma to personally investigate the Jorhat mob attack.Earlier on Monday, a local leader of All Assam Students’ Union (AASU), Animesh Bhuyan was killed in a mob attack involving 50 people. As many as 10 people have been arrested, including Das.

He reportedly jumped out of the police vehicle while he was being transported. As per reports, he was hit by another police vehicle. Das was rushed to the Jorhat Medical College & Hospital, where he was declared brought dead. Three police personnel were also injured in the incident.